The modular design of IX Water machines allows for stand-alone operation or integration with existing treatment systems. Each transportable module treats from 2,500 to 5,000 bbls barrels a day (bbls/day) and can be ganged to process up to 50,000 bbl/day. Increased treatment volume is achieved by adding additional modules.

The total cost for treatment using the IX Water system (CapEx and OpEx) ranges from $0.17 to $0.25 a barrel, depending on contaminants in the water and the intended use of the treated water. Cost per barrel depends on the amount of water treated daily, the specific constituents needing removal, and the ultimate disposition of the water.

Other Methods of Treating Water

IX Water is Comprised of discrete components that treat specific contaminants. This means treatment plants are custom configured to treat only the specific contaminants of concern. This lowers CapEx and OpEx, and creates a simple, environmentally sound water realtime treatment plant with no added chemicals, very low waste, and low cost. Compare the two diagrams below, and see each IX Water description below that.

1. Contaminated water is piped or trucked to the treatment location and temporarily stored in tanks. We then hold the water in a Continuously Stirred Tank Reactor (CSTR) so suspended solids are kept, well, suspended and there is some homogeneity to the water.

3. The water is then pumped through MetalClear™ where metals, including aluminum, antimony, beryllium, cadmium, chromium, copper, iron, lead, manganese, mercury, nickel, thallium, zinc, etc., are trapped by our IxMZ-S media.

4. The water is then pumped through the OrganiClear™ tank, where dissolved and emulsified organic hydrocarbons are trapped and then converted to innocuous by-products (CO2 and water) via IxMZ media. This includes dissolved hydrocarbons (BTEX), polyaromatic hydrocarbons (PAHs), and NPD (naphtalenes, phenanthrenes, dibenzothiophenes).

5. The final step in the IX Water OG system is to remove scalants via MetalClear++™ using IxMZ++ media.

The result is clean water, containing salts, which can then be concentrated via a variety of commercial methods including our own SaltClear ED™, depending on the amount of salt in the water, the intended use of the water, and disposal methodology for the concentrated brine.

This approach is unique in the industry in that the goal for IX Water is to produce either a) water clean enough for re-use or surface discharge, or b) concentrated brine that can be sold, concentrated, or used for thousands of different applications.

IX Water OG is a proven solution that delivers as promised.

Conventional wastewater treatment used for industrial contaminated water creates a large waste stream, is costly, takes days to achieve results, and requires large tracts of land. Compare the simplicity of the IX Water treatment system, above, to the unnecessary complexity of using outdated processes that were orginally designed for munuciple waterwater. 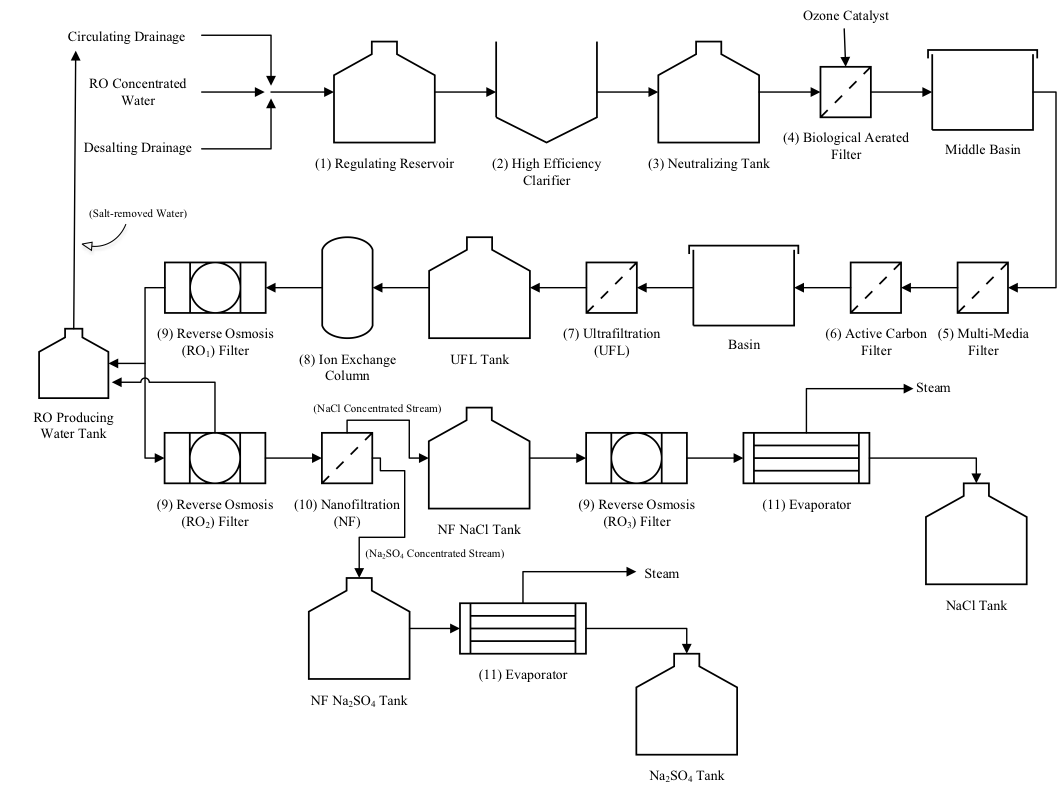 Request a Quote on Treatment Equipment