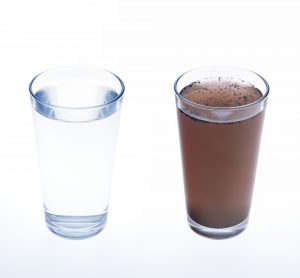 Once upon a time, it seemed harmless to dump waste into rivers, streams, and even oceans. There wasn’t much waste, and there was lots of water to mix it with – what could be the harm? Move forward 100 years or so, add around six billion people, consider the development of industries all over the world, and the volume of waste water has increased to amounts that can be measured, but not imagined.

Serious pollutants are being dumped into waterways around the globe, including toxic waste, radioactive materials, minerals, heavy metals, and so much more. One doesn’t have to look too far to see evidence of the effects of pollutants on sea life: shellfish in Puget Sound have been found to have absorbed oxycodone, likely flushed down toilets in the Seattle area.

A report released in 2015 by the World Wildlife Fund and the Zoological Society of London disclosed that some marine species populations have declined by 49% in just forty years – and some species by as much as 75%. The report calls for immediate actions to stop dumping waste into our waterways.

Oil and Gas Extraction and Petroleum Coking operations each produce billions of gallons of wastewater per year. The resulting products are necessary for our current way of living, but serious actions need to be taken to counter the effects of the waste produced by these industries, such as re-use and recycling. Resources are available to clean this waste water in order to remove harmful pollutants rather than dumping the water into streams and rivers causing damage to all forms of life.