Are you drinking Roundup? 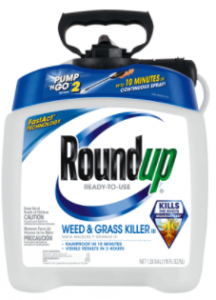 Pesticides like RoundUp are made with glyphosate and are the most commonly sold throughout the world because of their wide uses, including on crops and in public areas in which weed mitigation is important. Glyphosate works by preventing the shikimic acid pathways in plants from making necessary proteins needed for growth. Once pesticides are used, they run off in rains and watering events.

In 2014, an analysis was completed jointly by the United Nation’s Food and Agriculture Organization and the World Health Organization. It concluded that glyphosate was “unlikely to pose a carcinogenic risk to humans from exposure through diet.” It is important to note, though, that the analysis only focused on exposure to glyphosate through diet. Environmental exposure was not included. In a study performed in Argentina in 2018, reproductive disorders occurred more frequently in areas in which glyphosate was used at high concentrations.

In a world in which we are finding more and more health issues caused by the introduction of chemicals into our water, there must be a way to rid drinking water of the resulting toxicity. IX Water has the technology to do so.