“The Water is Dangerous, it destroys whatever it touches!” 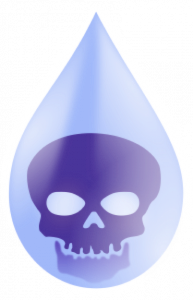 The debate over “produced water” from the oil & gas industry continues to heat up.

Note this story from Adam Wilmoth at The Oklahomannewspaper on Sunday, July 22.

KINGFISHER — A growing fight in the heart of Oklahoma’s oil patch pits local control against state regulators, private property owners against the state’s largest industry and water recycling against fears of spills and liability. One result so far is that the most active oil producer in Kingfisher County is facing delays and millions of dollars in unexpected expenses and is questioning how much to invest in the county next year. “We didn’t see this coming,” said Lloyd Hetrick, engineering adviser for Newfield Exploration.

“We’ve been doing this for years, and we didn’t know of any concern. Now that we’re in development, it would add tens of thousands of dollars in new costs per well.” Kingfisher County officials, however, say they are acting to protect local landowners from potential environmental damage if water containing salt and chemicals were to spill.

“The water is dangerous. It destroys whatever it touches,” Kingfisher County Engineer Heath Dobrovolny said. “When you put that stuff in the right of way, you’re giving easy access to the general public where, either by accident or vandalism, there can be a problem. The commissioners’ concern is exposure to liability and exposure to public safety with produced water.”

The Solution here is of course to TREAT the water with technology from IX Power Clean Water. Then, the water would be safe enough for all kinds of re-use! visit IXWater dot com. See the entire story in the Oklahoman HERE.