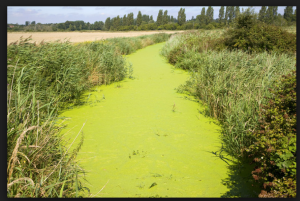 In the U.S., 21 states have active fracking sites. Countries across the globe engage in hydraulic fracturing to access oil and natural gas. The environmental and physical safety of fracking continues to be debated around the world, but those debates tend to be focused on the potential dangers of the actual act of fracking. Some discussion centers around the immense amount of fresh water used in fracking sites.

In Colorado, we had a different fracking emergency this week. A tanker filled with frack wastewater rolled over northwest of Fort Collins, close to the Poudre River. As reported in the Coloradoan, “Homeowner Robert Breckenridge told the Coloradoan he heard the truck crash into his fence and saw a steaming black liquid flowing from the truck into the road.”

In 2017, Environmental Science & Technology identified a study of a 10 year span during which 6,648 spills of fracking wastewater were reported. This water contains toxic chemicals that are dangerous to humans and natural wildlife. The disposal of wastewater is a fundamental aspect of fracking sites. IXPower has a system that will clean fracking water of toxicity and salination so that it can be re-used in fracking, or used in agriculture, or even drunk by nearby residents. The common sense of cleaning wastewater to avoid negative effects on people and environment is clear.  IXPower can help.