White House calls it a PR Nightmare – but nightmare’s aren’t real; this is! 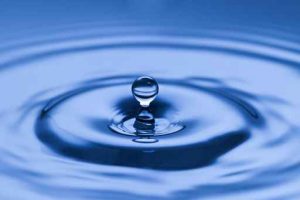 Ellen Knickmeyer of the Associated Press has reported that the White House is calling the result of federal toxicology studies on PFC’s a “potential nightmare.”

But nightmare’s aren’t real, and this situation is.

Reports of people around the country slowly dying from exposure to PFCs are growing. And, the most recent concern is community drinking water!

PFCs are the chemicals perfluoroalkyl and polyfluoroalkyl.  It’s what keeps your non-stick pan from sticking, your carpets from staining so fast, and the goo from your fast-food chain hamburger leaking through the wrapper onto your khakis. It’s in the foam used by firefighters to put out fires. It’s just about everywhere — including the tap water of American households.

And now researchers are finding that it is far more dangerous than originally thought.

PFAS have been in production since the 1940s, and there are about 3,500 different types. Dumped into water, the air or soil, some forms of the compounds are expected to remain intact for thousands of years; one public-health expert dubbed them “forever chemicals.”

EPA testing from 2013 to 2015 found significant amounts of PFAS in public water supplies in 33 U.S. states. The finding helped move PFAS up as a national priority.

So did scientific studies that firmed up the health risks. One, looking at a kind of PFAS once used in making Teflon, found a probable link with kidney and testicular cancer, ulcerative colitis, thyroid disease, hypertension in pregnant women and high cholesterol. Other recent studies point to immune problems in children, among other things.

In 2016, the EPA set advisory limits — without any direct enforcement — for two kinds of PFAS that had recently been phased out of production in the United States. But manufacturers are still producing, and releasing into the air and water, newer versions of the compounds.

To deal with a nightmare, all you have to do is wake up!  In the case of this real nightmare, people across the country are calling on the EPA to wake up.