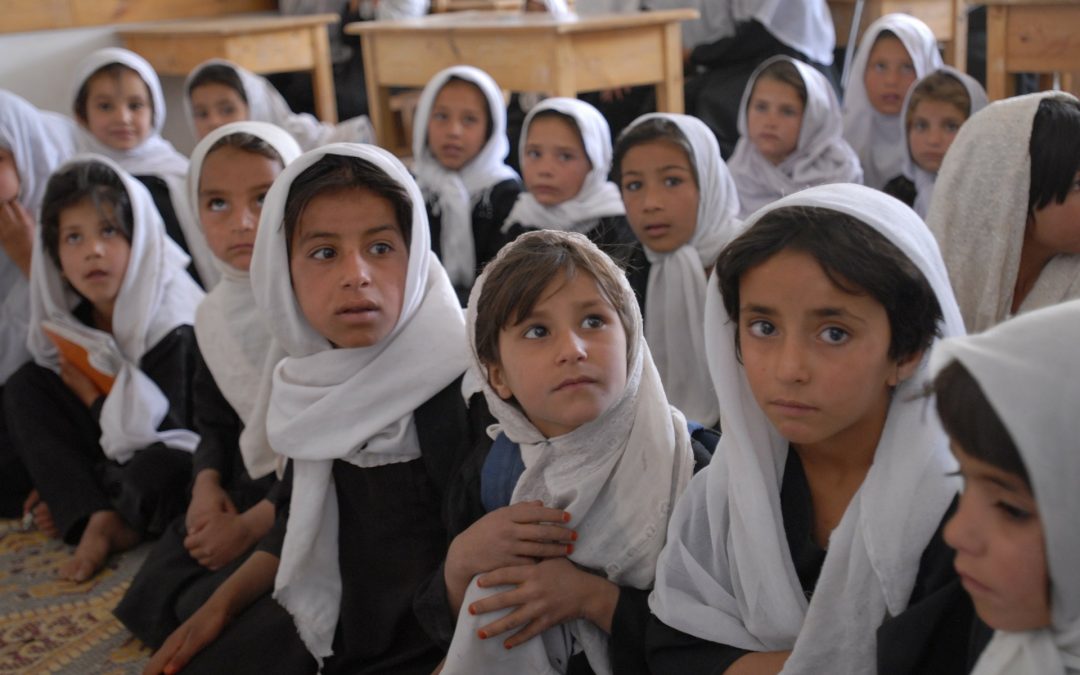 The Earth cannot sustain this many people without a lot of suffering. But, what can we do?

Start by educating girls and women.

Turns out, there is plenty we can do to slow the population growth and the negative impact it will have on us all. Educating as many girls as possible would be key in turning the tide. The charity Population Matters suggests, “Where women and girls have economic empowerment, education and freedom, they choose to have smaller families. Greater freedom usually leads to greater uptake of family planning and ending child marriage pushes back the age at which women have their first child which often reduces family size. For instance, African women with no education have, on average, 5.4 children; women who have completed secondary school have 2.7 and those who have a college education have 2.2. When family sizes are smaller, that also empowers women to gain education, take work and improve their economic opportunities.”

But there are many, many men, all over the world, still exert control over the decision to have children and abuse wives or partners who seek birth control. The lower the couple is on the economic scale the greater this is a problem. For birth rates to go down, community and government leaders must themselves become educated and let go of outdated religious doctrine and old notions of wealth in the number of children a family has. They must encourage public and policy conversations about slower population growth. And, they must make contraceptives available to every woman.

We can start solving our overpopulation problem by seeing that more girls get as much education as possible.

If the leaders in EVERY country don’t make the educational and economic rise of women a priority, and along with it the control of population growth, we will all suffer in many ways.  Even “middle-class” and affluent families will be affected by cost escalations in water, food, and energy resources. But the worst hit will of course be on those less affluent.  And unexpected hits to the economy, employment, and childcare such as that caused by Covid-19 coronavirus, natural disasters and wars will drive people in poverty and on the lower end of the income spectrum into more heartbreaking decline. Already, 1.8 billion people are stuck drinking water that should not be consumed by anyone — water that is polluted with chemicals, human and animal waste, pharmaceuticals, radioactive materials and more. Our countries cannot seem to remedy this problem today – with two to three billion more people on the planet, the situation is only going to get worse.

Overpopulation is a serious problem already. We must all rally to address the coming catastrophe as soon as possible – that means yesterday!

World Population Day is Saturday, July 11 – What’s Our Future?Well, the United Nations agrees with current estimates indicating that roughly 83 million people are being added to the world’s population every year. Even assuming that fertility levels will continue to decline, the global population is expected to reach 8.6 billion in 2030, 9.8 billion in 2050 and 11.2 billion in 2100.

The first World Population Day was observed on 11 July 1990. The United Nations agrees with current estimates indicating that roughly 83 million people are being added to the world’s population every year. Even assuming that fertility levels will continue to decline, the global population is expected to reach 8.6 billion in 2030, 9.8 billion in 2050 and 11.2 billion in 2100.

This horrible situation will only get worse if our countries don’t pull together to address a bleak future.