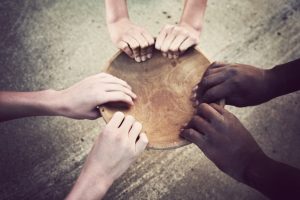 Vaccines have been in the news quite a bit since the measles outbreak has hit cities across the USA, but their effectiveness is rarely a point of curiosity.

PFAS and PFOS are also often in the news, especially in the state of Colorado, where the Environmental Protection Agency has announced plans to study PFAS and PFOS – per- and polyfluorioalkyl substances – found in drinking water around the Air Force Academy in Colorado Springs. They have also been found in people’s bloodstreams around the world at levels that drastically exceed levels deemed healthy.

What do the two have in common? In a study in 2012, it was reported that children who had higher PFAS and PFOS levels in their blood were less able to develop the antibodies that make vaccines effective.

PFAS and PFOS are known as “forever chemicals” because they persist in the environment – as well as in life forms across the planet. They are immune to degradation and do not seem to break down naturally over time.

The chemicals enter the environment in countless ways, including from landfills where stain resistant carpets and other textiles break down and leach into soil and water. Because of their water solubility, they leach into soil easily and can travel staggering distances, even as far as Antarctica.