What is Arsenic? Part 1 of a blog series 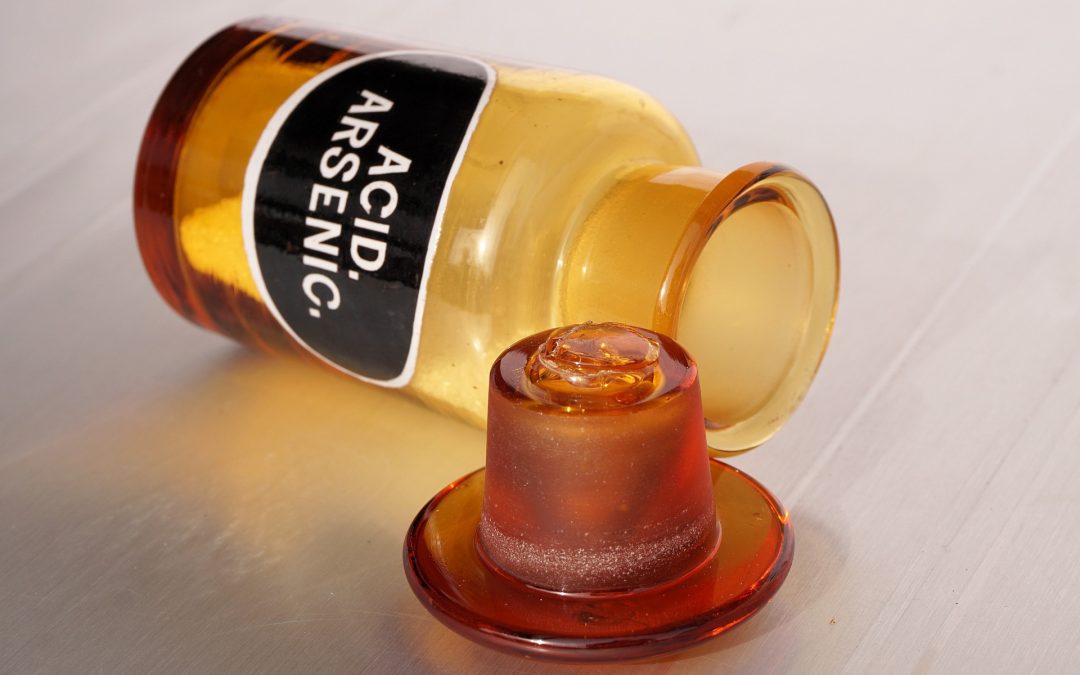 Mystery novels like “Arsenic and Old Lace” by Agatha Christie as well as the famed Borgias of 15th century Italy have used arsenic as a silent killer for generations, but what is arsenic? Arsenic is a naturally occurring mineral on all continents of Earth. It is normally only found in small quantities, only a few parts per billion (ppb), and is found in a multitude of minerals such as pyrite, nickel, silver, iron, and sulfur. Parts per billion or ppb is a common notation for describing small amounts of water, which can also be seen as ppbm. One ppb is equal to 1µg/l with 1 liter equal to 1,000,000µg. Needless to say, these are very small concentrations of particles.

Arsenic is widely spread throughout all environments – in water, air, and soil/minerals. Its attributes are subsistent of those of metals and solid nonmetals, therefore it is considered a metalloid. Arsenic was also widely used for agriculture and as a wood preservative. In 2002 the EPA announced that the wood industry would stop treating wood with the arsenic-based wood preservative chromated copper arsenate. Arsenic resides at atomic number 33 on the periodic table with atomic symbol As and an atomic mass of 74.922.

According to the World Health Organization (WHO), concentrations of Arsenic over 10 ppb is detrimental to humans. Unfortunately, this amount and higher can be found in the drinking water of many communities around the globe. Fortunately, IX Water’s new technology is a game-changer that can remove arsenic from water and make it safe for use.

See our next blog post on the effects of arsenic on the body.