What’s in Your Water?

If you think there’s nothing in your water because it appears clear, think again!  Most of the contaminants are not concentrated in our water enough to see them.  But, that doesn’t mean that over time, they don’t build up in your body and start to impact your health.

Here’s the “13 Most Dangerous Contaminants in Your Water Supply.”

Copper – As pipes and plumbing fixtures age, they may release copper into drinking water

Chlorine – when it combines with other organic compounds, it can create several harmful byproducts

Arsenic – naturally occurring element in the earth’s crust. It is also present in air, food, and water

Radioactive Substances –  these seep into groundwater sources through practices such as construction, coal mining, and oil and gas production

Fluoride – in public water systems, the mineral is still consumed by about 66% of the American population

Mercury – through multiple sources, including discarded household products like paint, and through industrial waste sites

Pharmaceuticals – everything from estrogen, to antidepressants, opioids, antibiotics, and more 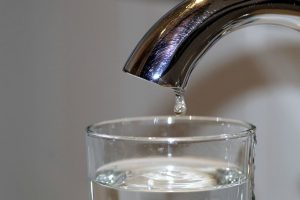 Lovely list, isn’t it?  Why are these there? Because most facilities supplying our water in the U.S. don’t test for many of these substances. The ones they do test for have “acceptable limits” – meaning the contaminant being tested for is allowed by law to be there.  However scientists have said there is no acceptable limit for most of these – that even a tiny, tiny bit can accumulate over time and impact the health of humans, animals and even our crops.

Here’s what the EPA says are health impacts of the many toxins that can be found in our water:

While we are all concerned about COVID-19, wouldn’t it be a good idea to also figure out how we can get some other (albeit maybe slower) killers out of our daily life?