Who wants to drink the poopy water?

It’s 2020 and while 71% of people can just turn on a faucet there are still an enormous number – 2.2 billion – without a safely managed source of water. Many – 435 million –  can still only collect water by trudging yards, and even miles to fulfill their families’ needs from unprotected wells or springs that are often contaminated with industrial or human and animal waste. This situation results in a miserable death for 829,000 people each year from diarrhea as a result of unsafe drinking-water and sanitation. A quarter of those are children under the age of five.How can this be? Well, according to the World Health Organization, 2 billion people regularly use a drinking water source that is contaminated with faeces – human and/or animal.

Think. If you had to choose to drink water that had been contaminated with poop, or die of thirst, what would you do? 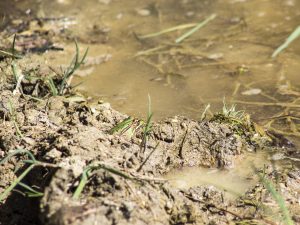 The situation IS getting better. Death from diarrheal disease has fallen in the ranking of the top 10 global causes of death from fifth place in the year 2000, to ninth place in 2016. Still, almost a million people dying every year from ingesting filthy water is a ridiculous disgrace. Groundhogs on American golf courses drink better water than generations of people in many developing countries.

Climate change and population growth appear to be the root of the problem.  By 2025, half of the world’s population will be living in water-stressed areas. What’s to be done about it? Aside from supporting agencies working to mitigate climate change, how about charging all of the “haves” in this world a small fee for their sparkling clean water, so that the “have-nots” could have improved water sources? A tiny fee collected on the regular water bill for each person in privileged nations would create a pot of funds to create life-saving infrastructure for those who are literally “dying for a drink” of clean water.  What about it?  I think I’d gladly pay up to keep somebody from having to drink poopy water