A Dry Year In California 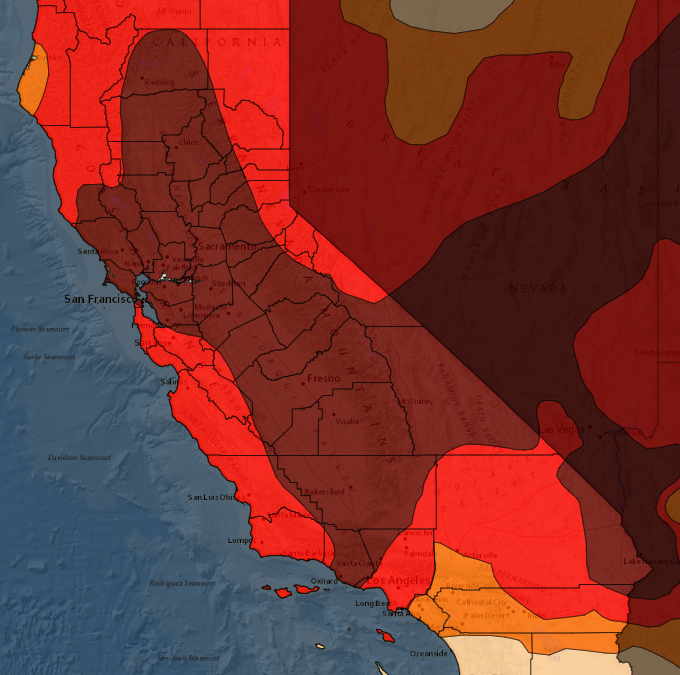 “Hoover Dam reservoir reaches record-low water levels, concerning hydropower supply to SoCal” KTLA 5, “California drought: Dozens of communities are at risk of running out of water” The Mercury News, “California Drought Reveals Gold Rush Ruins” The Weather Channel. Headlines of water scarcity are nothing new in the American west, it is, after all, a largely arid environment with a scattering of deserts. However, these headlines and others like them are something to take note of. America is water-hungry using 444,300,000,000 cubic meters of water annually (worldometers). That is 177,720,000 Olympic sized swimming pools every year(1m3=0.0004OP SP). This water is not just used for drinking, cooking, and bathing, but also for agriculture and power generation. The “Hoover Dam generates, on average, about 4 billion kilowatt-hours of hydroelectric power each year.”(usbr.gov) Under full reservoir conditions, the Hoover Dam can produce approximately 2,074 megawatts of power, but with lower water levels the hydroelectric plant is producing power 66%. Thus the impact of water scarcity is not just on human food production and water consumption, but also on clean energy used to power modern society. The National Integrated Drought Information System defines droughts into 5 levels, D0-D4. From least to most extreme D0 is abnormally dry, D1 is moderate drought, D2 is severe drought, D3 is extreme drought, D4 is exceptional drought. D4 is classified as:

46.5% of California is in D4 or exceptional drought with most of California’s central valley coming under this classification.

Many US readers in August will be able to look outside to see the impact of drought in California as smoke from wildfires spreads across the country. Do your part in water conservation as the summer comes to a close, keep outside water use to a minimum and turn off the tap when it isn’t in use.