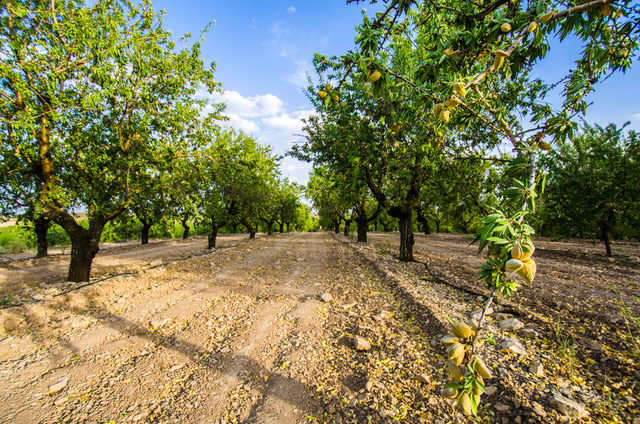 There are many different kinds of milk available for humans to purchase, and each has benefits and drawbacks, including health value, taste, and environmental impact in production.

According to statista.com, 371 liters of water are needed to make a liter of almond milk.

That data is different from other sources. Pete Hemingway of the Sustainable Restaurant Association claims it takes 6,098 liters of water — a drastic difference. Capitalism is Freedom reports that a liter of almond milk requires 3,477 liters of water.

Lindsay Miles of treadingmyownpath.com claims that planting trees is an environmentally healthier option than maintaining herds of cows. Unfortunately, marketplace.org reports that pesticides being used on and around almond crops are causing bees to die at unprecedented rates. Annette McGivney is a journalist who has been reporting on the interaction between bees and almonds. She said, “The almond industry has grown so substantially that 70% of all commercialized bees are now being used to pollinate almonds. Beekeepers are now losing 30% of their bees every year. They die indirectly or directly from the pollination that’s happening.”

There are other drawbacks to almond milk:

Having information about what we put in our bodies is important. As milk is a staple for people around the country, especially children, we need to know what is involved in our milk choices.