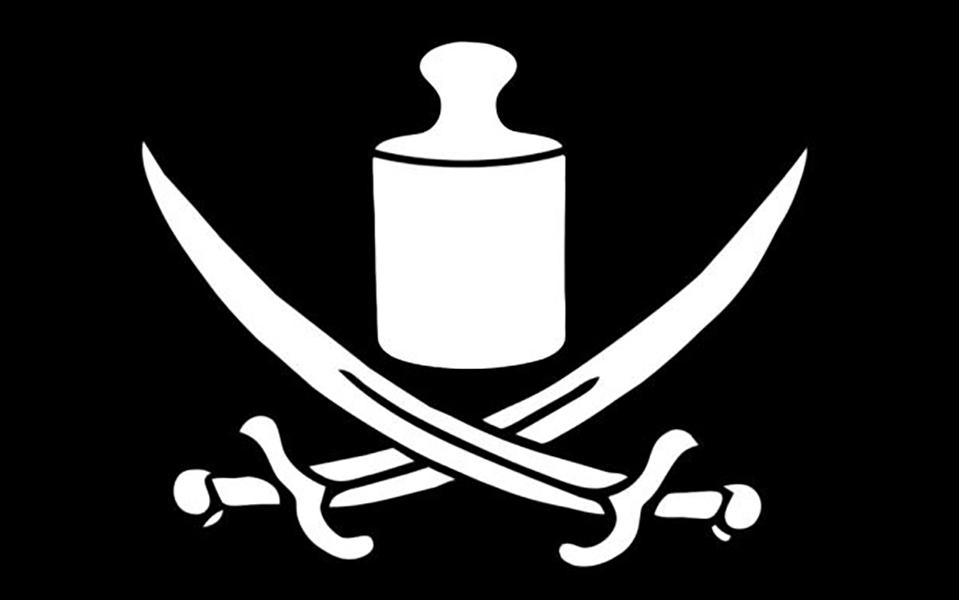 Why does the United States of America, the world’s largest economy for over 150 years, not use the Metric System? In short….Pirates, because doesn’t every good story involve pirates?

The foot has been used as a unit of measure since antiquity, just not quite as we know it today. The Ancient Greeks used a pous (foot) which measured 16 daktyloi (fingers) and is equivalent to 12.13 inches or just over 1 imperial foot. The Romans too used the foot, this time a “pes” which was 0.971 imperial feet. While some form of the foot has existed for thousands of years, how a foot is divided, its exact length, and even its name have changed in that time. It is not just the foot that has a different size between states. The United States uses United States Customary Units which are based on the 18th century English system, which itself is based on a combination of Germanic, Anglo-Saxon, and Roman units which William the conqueror brought to England in 1066. The British Imperial System was standardized with the Imperial Weights and Measures act of 1824, and since the American Colonies became a country following their independence from the British in 1776 they were not beholden to this standardization. This leaves units, for example, gallons, carrying different amounts of fluid even though they are ostensibly the same thing. A US gallon is 83% of an imperial gallon. There are even discrepancies within the United States Customary Units. For example a bushel. A bushel of corn is 56 pounds while a bushel of oats is 38 pounds, along with the convoluted distance measuring system which uses 12 (inches) to 1 (ft) which takes 5280 (ft) to make 1 mile. It was in the 17th century that French abbot Gabriel Mouton devised a system based on standard natural measures which would simplify weights and measures. The idea was to have a base 10 system where instead of having conversions between units of the same type, i.e. distance has meter and kilometer or foot and mile, it would be a matter of moving the decimal point thereby removing a source of error in calculation.

In 1793 a French Scientist by the name of Joseph Dombey departed from La Havre, France, en route to Philadelphia to meet with Thomas Jefferson and plead the merits of the metric system to the United States Congress. Sadly, he would never complete his mission as his ship was captured by British Pirates on the way. Joseph Dombey would pass away on the Caribbean Island of Monserrat never delivering his precious knowledge and cargo. His cargo was the standard weight, a kilogram, and measure, a meter, of the metric system. It would be logical to assume that another scientist could be sent with another kilogram and another meter; however, only 6 sets of these standard metric units existed in the world at the time. And with that, the United States continued with United States Customary Units, and though in 1975 the US attempted to switch to metric, it was unsuccessful. However, what has been successful is the standardization of United States Customary Units to Metric Units by the International Bureau of Weights and Measures. This means that 1 foot is legally defined as 0.3048 meters, and 1 pound is legally defined as 0.45359237 kilograms. Why is this important? Because by linking United States Customary Units to Metric Units they are now associated with universal constants which can be calculated, rather than to physical weights and measures. After all, the loss of a physical weight and measure is why the United States is not on the Metric System today.

What’s the moral of the story here? The US is working its way to the metric system 1 inch at a time, all because of pirates in the 18th century.

A brief explanation of how the kilogram is associated with universal constants.

In 2019 the kilogram was no longer defined by a weight but rather by planks constant (6.626×10^-34 kg*m/s) with m defined as the length of the path traveled by light in 1/299,792,458 of a second and second being defined as the hyperfine transition frequency which is the frequency of radiation that will cause an electron to jump from two closely spaced low energy states in a cesium 133 atom.

Excellent videos on the subject: